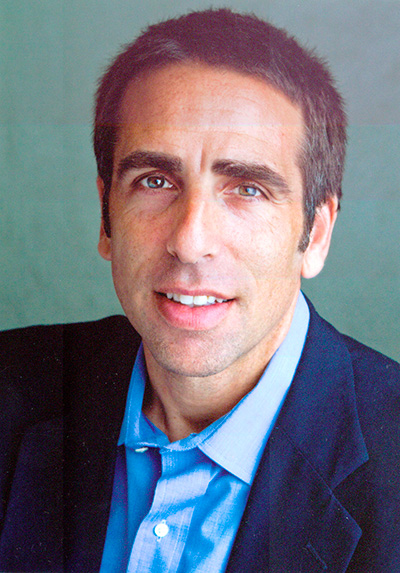 Bobby Schindler, collaborative partner in our Casa USA program in Michigan, brother of Terri Schiavo and Founder of The Terri Schiavo Life & Hope Network, penned this very timely and thought provoking article. We are proud to be developing the Terri Schiavo Rehab Center on our Casa USA campus to provide a safe haven and support for patients unable to defend themselves.

When the president of the United States, in his State of Union Address, needs to remind Congress that infanticide is immoral, and in response, half of the chamber sits on its hands, it suggests national politics are even more hopelessly gridlocked on life issues than ever before. Meanwhile, states are pursuing their own paths.

Let us consider three recent examples of extremism. First, New York Gov. Andrew Cuomo’s signed the so-called “Reproductive Health Act,” which functionally permits abortion through the entirety of pregnancy. Cuomo’s extremism was soon outdone, however, by Virginia Delegate Kathy Tran, who proposed a bill that would have allowed abortion even as a woman was in active labor and about to deliver her child.

Finally, Virginia Gov. Ralph Northam’s now-infamous statements to a Washington, DC radio station advocated a practice that appears indistinguishable from infanticide: “If a mother is in labor … the infant would be delivered. The infant would be kept comfortable. The infant would be resuscitated if that’s what the mother and the family desired, and then a discussion would ensue between the physicians and mother.”

Since the passage of Roe vs. Wade in 1973, which legalized abortion on demand, we have witnessed highly contentious battles between pro-life and pro-abortion advocates. Even while political gridlock appears to be worse than ever at the national level, there has been an encouraging and legitimate outcry at the state levels in response to New York and Virginia politicians. Lawmakers may be crossing a line in advancing their “abortion through labor” policies as Americans realize that such practices so late in pregnancy certainly represent the intentional ending of a distinct human life.

If we are indeed reaching the high-water mark of pro-abortion extremism, it is consequently worth considering the tactics used since Roe to such great effect that have been instrumental in desensitizing Americans to the value of human life.

Wesley J. Smith, author and bioethicist, wrote nearly two decades ago, “Practitioners of bioethics say who should live, and who should die.” Smith cautioned of an alarming and insidious trend within the modern bioethics’ movement known as “personhood theory.” He described how some bioethicists were asserting that what matters “morally” is not that one is “human,” but that one has a legal status as a “person.”

What makes someone a legal person with human rights worth respecting? One must possess, those bioethicists argued, mental competencies, such as “self-awareness” or having the ability to “engage in rational behavior.”

Consequently, those who did not fit this criterion would fall into the category of being defined as a human “non-person.” These “non-persons” would include embryos, the unborn child, infants (up to the first few years of life), those with Alzheimer’s disease, cognitively disabled individuals, and individuals with significant developmental disabilities. Indeed, if one fit the definition of being a human “non-person,” a philosophical determination, then bioethicists would accordingly be able to shape the social, cultural, judicial, and medical criteria for any one person enjoying basic human rights—including the right to life itself.

Peter Singer is perhaps the most infamous of this bioethical cohort. In 1998, Singer was appointed to Princeton University’s Professorship of Bioethics and has since served as a prominent advocate for personhood theory. His advocacy of the notion of human “non-persons” has been attractive to many and he enjoys a sort of celebrity status among bioethicists and ethicists generally. Today, personhood theory is part of ethics taught in countless colleges, and it’s having a significant impact on those most vulnerable to its dehumanizing logic.

It was not long ago, for instance, that to intentionally starve and dehydrate someone to death for any reason would have been thought of as barbaric and inhumane. Yet, Terri Schiavo, my sister, became just one of the more prominent of the countless victims of Peter Singer’s logic. Terri lived with a brain injury and was cognitively disabled, but her husband and, ultimately, judicial decision makers came to accept that her life lacked sufficient value to continue feeding her. Take note of this 2005 exchange between Smith and Professor Bill Allen, bioethicist at the University of Florida, debating Terri’s life:

Wesley Smith: “Bill, do you think Terri is a person?”

Bill Allen: “No, I do not. I think having awareness is an essential criterion for personhood.”

Fast forward to 2014: An article by The College Fix’s Mairead McArdle exposed “anecdotal evidence” that more college students support post-birth abortion, suggesting that children up to 5-years-old could be put to death because they are not sufficiently “self-aware” and thus they do not constitute “persons.”

In 2018, a video surfaced of a University of Tennessee Knoxville student who rationalized support for infanticide of two-year-olds based on the fact that the child is not sufficiently “sentient.” The student offered that “without communication, we have no way of knowing if you are sentient or not. It’s no different than this tree. It’s alive, but is it sentient? I don’t know. I cannot communicate with it.”

Can we really accept that we are, at any time, simply one accident away from being deemed by an overzealous bioethicist a “human nonperson” who unwillingly forfeits basic human rights?

David Ruiz recently confronted precisely this question, with all its deadly consequences. David was a young man who experienced a brain injury, and subsequently relied on care from his mother. Unfortunately, his mother had to fight for the life after physicians applied a bioethicist-inspired designation of “brain death” to the young man, resulting in the denial of David’s basic right to food and water.

Fortunately, the Catholic hospital where David’s food and water were withheld in Tucson, Arizona was successfully lobbied to restore his basic care. The restoration of this basic care allowed David to die from the consequences of his brain injury, rather than as a result of intentional starvation from lack of food and water, achieving a small victory for David and his family.

There are many like David who are increasingly at risk from the consequences of being labelled “human nonpersons.” We can do better than to accept such a deadly logic in our public life.

Bobby Schindler is president of the Terri Schiavo Life & Hope Network, and an associate scholar at the Charlotte Lozier Institute.

The views and opinions expressed in this commentary are those of the author and do not reflect the official position of The Daily Caller.